Contesting the effect of an invention (utility model) patent in Ukraine 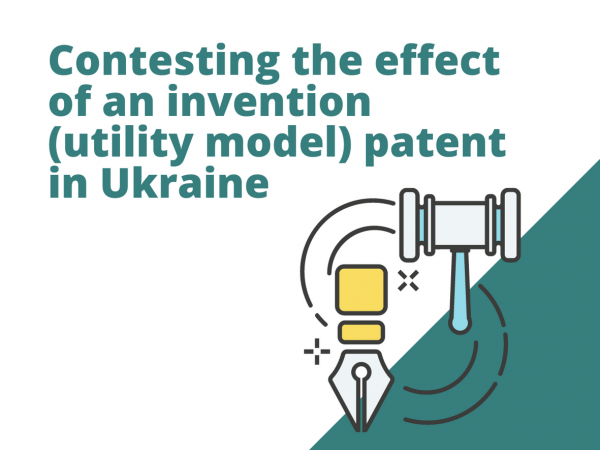 A patent is deemed valid until a court finds it invalid.

The latter can occur due to the following reasons:

1) incompliance of the patented invention (utility model) to patentability conditions accepted in Ukraine;

2) presence of features in the invention (utility model) claims, which are absent in the filed application.

According to item 1, a person interested in cancellation of your patent, as a rule, contests the non-conformity of the patented invention (utility model) to patentability conditions. Such a person is usually the individual who is infringing your patent. In so doing, this person (company or private individual) will conduct one's own patent search to find analogous art or references that were not accounted for by the Patent Office during examination and the granting of an invention or utility model patent. The depth and completeness of such a search will be limited only by the financial standing of the infringer and his determination to prove that you were granted a patent illegally.

Newly found patents can serve as grounds for proving absence of novelty or an inventive step for an invention (or only novelty for a utility model) from the viewpoint of a person with ordinary skill in the art when the invention was conceived. The infringer of your patent can also try to prove that your invention (utility model) has no commercial utility.

According to item 2, the person charged with infringing your patent can request the primary materials of your application for a patent at the Patent Office to find errors in the primary description and claims that were eliminated in the Patent Office at the examination stage. This is done to prove that the granted patent is beyond the scope of the initially filed application, and that, based on these grounds, it can be found invalid.

All the above procedures and actions are conducted within judicial procedures. Thereat, bear in mind that the person trying to prove the invalidity of your patent is, as a rule, in a stronger position because he can prepare oneself more thoroughly for court proceedings and provide additional proof that the patent was granted illegally. At the same time, defending the validity of your patent can be grounded only on application materials filed initially with the Patent Office.