Establishing the fact of patent infringement 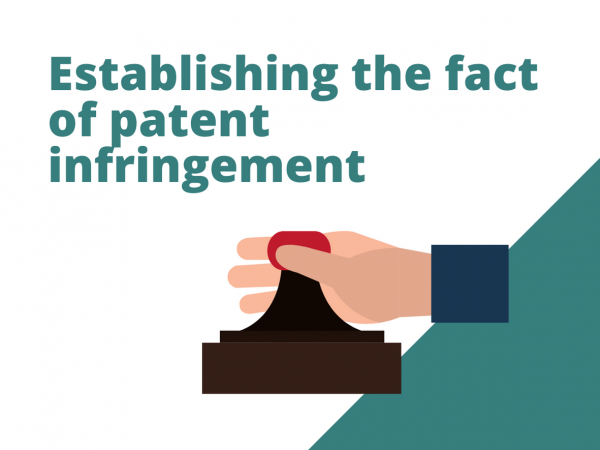 Actions acknowledged as an infringement of your invention (utility model) patent are defined in the patent law of Ukraine.

A patent infringement case is one that involves the following unauthorised actions:

- manufacture, use, import, offer for sale, sale and other commercialisation or storage to this end of a product protected with a patent;

- application of a method protected by a patent, or an offer of its application;

- use, import, offer for sale, sale or other commercialisation or storage to this end of a product manufactured directly by using the method protected with a patent.

The scope of legal protection of a patent is defined in the invention (utility model) patent claims. The patent claims are a concise word exposition of the technical essence of the invention containing a set of its essential features sufficient for achieving the technical effect claimed by the applicant. If the subject-matter will be acknowledged an invention, the claims acquire legal significance and are the sole criterion of determining the scope of invention and the case of patent infringement.

A maximum scope of patent rights is achieved by including a minimum of features in the invention claims. Each additional feature included in the invention claims is an additional ace in the hands of a potential infringer, providing the opportunity of avoiding the nuisance patent. The more the features in the claims the greater is the probability that a potential infringer will be able to manufacture a product or realise a production process by closely copying your invention. In doing so, by excluding only one feature from his product, he will not infringe your patent.

According to the doctrine of equivalents, the effect of a patent extends not only to the subject-matter with the entire set of features indicated in the independent claim, but also to the equivalents of these features found in the embodiment of the product or production process. According to this doctrine, a patent is also deemed infringed if a certain feature is absent in the infringing product or process, but is substituted with a feature performing the same function in the same way and with achievement of the same result. Those features are considered equivalent, which at the state of the art on the date of filing an application, are known to a person having ordinary skill in the art as performing the same function with the same result.

Partial equivalents are also distinguished. They are such only within a narrow field.

For instance, sodium and potassium alkali are found equivalent if they are used as a neutralising agent for cleaning.

However, when making soap, these agents are not equivalent because one of them is used for producing solid soap, whilst the other is used to produce lubricants.